Breedlove builds superior sounding guitars that are so fun to play, you will not want to put them down! We’ve been crafting guitars in Bend, Oregon for over 25 years now, and we know of no other guitars crafted with such passion, sonic perfection, attention to craftsmanship and stunning aesthetics.

Well-established on the Wilmington music scene, Johanson began his live career when he was tapped to play with The River Combo led by Grammy-nominated producer, Eric Brace. Johanson, a North Carolina transplant from the Rock and Roll city of Cleveland, has released a steady stream of original tracks since kicking off his recording career in an Ohio barn with friend and budding producer, Wes Easterly of McCafferty. Johanson’s acoustic-driven solo efforts began one song at a time with the artist playing and layering all the instruments and vocals. While his newer efforts rely on this same formula for pitch-perfect harmonies and instrumental voicings, several of his tracks have included guest artists on drums (Wes Easterly), violin (Dr. Danijela Zezelj-Gualdi), guitar (Joe Martin), and vocals (Amymarie). Johanson released two duets with Amy, a dancer, childhood friend, and Vine sensation on his second EP, Chasing Amy, and their single, “Move Your Feet,” has garnered thousands of downloads over various music platforms. More popular still has been “Old Man,” the lead track from his 2018 release and third EP, Second Things First, which found an audience of almost 20,000 in the first six months after its release. While “Salve” from his maiden EP Red Brick Road, can be heard on the soundtrack of the independent film, “Lost in Expression,” which continues to climb over a half-million views. Primarily through social media, organic word of mouth, Johanson’s sound is finding its way into obscure and not-so-obscure venues around the world.
The artist’s 2019 project, a series of singles, kicked off with the release of “Take Me Back”, which like all Johanson’s original work, is available on all online music markets.

Read More With your help, Breedlove is aiming to save the planet one guitar at a time. All Made in Bend models-including Custom Masterclass, Legacy, Premier and Oregon series instruments-as well the pioneering, revolutionarily affordable Organic Collection of all solid wood Designed in Bend guitars, are made from sustainably-sourced exotic and native tonewoods. 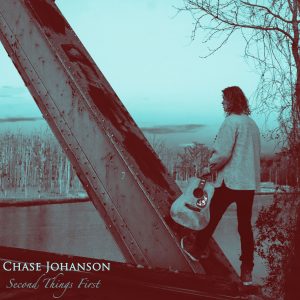